We want to share fantastic news with you. A young woman who literally grew up in Keren Hayeled from childhood has become a kallah! Here’s “Etti’s” amazing story as told by our girl’s director, Mrs. Leah Davidowitz: 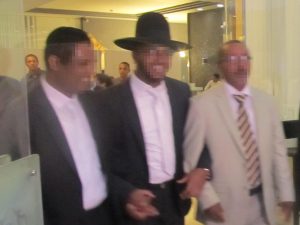 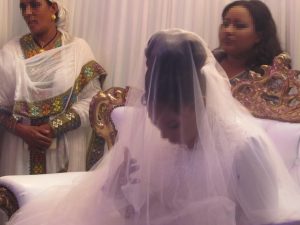 “Etti was orphaned by her mother as a young girl. Living with her single-parent working father, she often remained in the house alone for hours, or with family whose lifestyle was considered inappropriate by her father. He thus arrived at Keren Hayeled pleading that he wanted a good Jewish education for his daughter. My late mother, Rebbetzin Perl Godlewsky, fought alongside the father for the Ministry of Social Services’ approval that Etti leave home. She finally entered Keren Hayeled at the age of 8.” 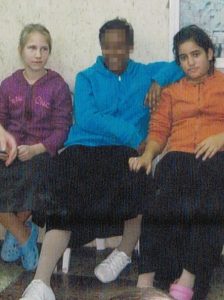 Etti as a healthy and happy girl abound with friends at Keren Hayeled. 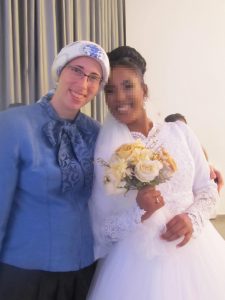 “From a small, unprotected, under-nourished child, she grew up to be a very impressive young woman who was successful in her studies and accepted and loved by all. Her friends considered her so trustworthy that they confided to her all the secrets of their lives.” 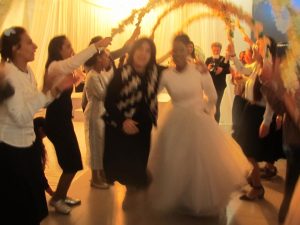 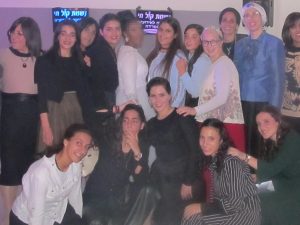 Etti’s friends for life from Keren Hayeled rejoice with her on her special day!

“After graduating from Keren Hayeled, Etti was accepted to the prestigious Or HaChaim seminary where she concluded her studies. Since we make every effort to maintain close, personal contact with our graduates, and because of the great success she had at Keren Hayeled, we wanted her to return to us as a counselor. At the interview, she told me that she was in the process of meeting a yeshiva student for the purpose of marriage. Two weeks later she announced the good news – she became a kallah!” 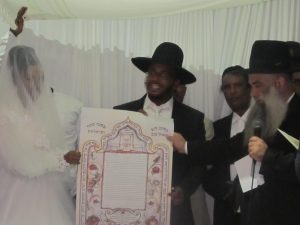 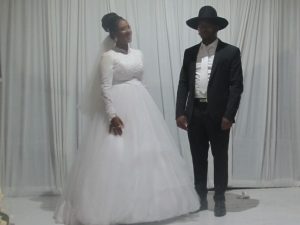 “Of course, she could no longer live with us as a dorm counselor. But even better, she became a bride preparing to build her own home and family!”

You must read Etti’s heart-warming note of thanks for Keren Hayeled’s role in making the dream of every young woman come true for her:

I want to thank Hashem for enabling me to know someone like you!  Thank you for everything, for all your care and concern. And at this time I also want to express my thanks to your special mother, [Rebbetzin Perl Godlewsky, of blessed memory], whom I will never forget. And Hashem willing, I will also relate to my future children all the good that she did for me and for my family.

I appreciate and love her endlessly, and I also want to make her soul happy and proud, over the family I’ll soon be building, because she deserves it. She was so much to me!

Only when I grew up did I see what a great and tremendous person she was. What a special and good-hearted woman. And we see that the apple does not fall far from the tree. Because you too, have such a special personality, with your endless concern and constant smile.

And at this special time, I would like to invite you to my wedding, the happiest day of my life, so that I may share my rejoicing with you! I wish you and your family all the best in the world. May Hashem give you your good reward, and may you never lack anything.

With great love and appreciation, Etti. 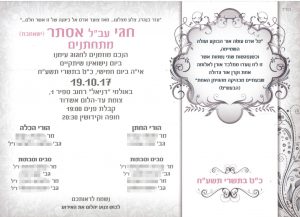 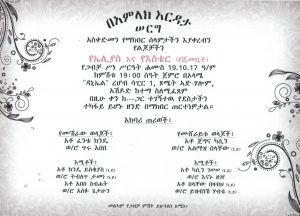 At the conclusion of the wedding festivities, Keren Hayeled hosted a lavish Sheva Brachot finale dinner in honor of our dear “daughter” Etti and her groom in our very own dining hall.

See Video of the Festivities at Keren Hayeled (click here) 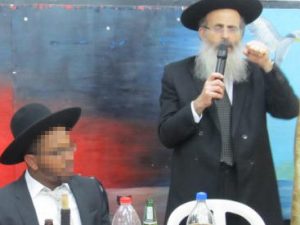 Director Rabbi David Godlewsky inspires all with his words of Torah and confers his blessings of happiness and spiritual growth for the bride and groom. 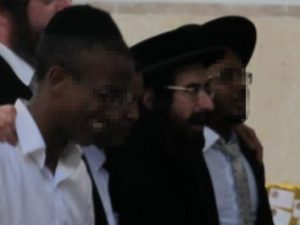 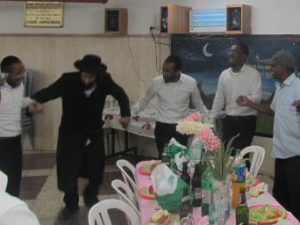 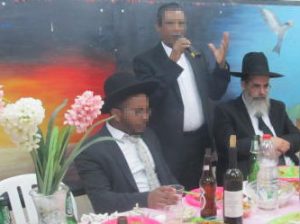 Etti’s father shares his heartfelt appreciation to Rabbis David and Matityahu Godlewsky and the staff of Keren Hayeled, bringing tears to the eyes of all! 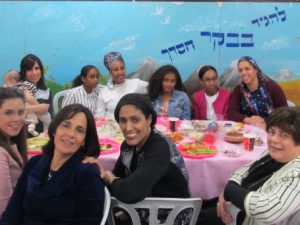 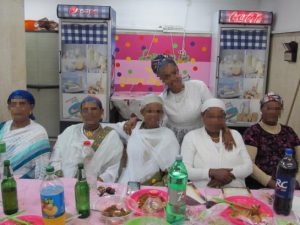 Keren Hayeled staff rejoice with Etti in our colorful Hall which served as a beautiful background for the traditional Ethiopian garb of Etti’s guests. 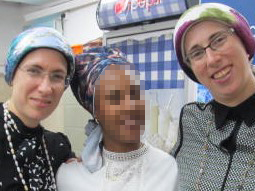 It is your generous support which has made a dream come true for Etti and past kallahs of Keren Hayeled – to create for themselves the stable, loving Jewish homes and families which they never had. Please partner with us today, to prepare the chuppas for our current brides-to-be of tomorrow!